Remember how as kids in the schoolyard teams were often chosen by ‘captains’ picking out the members they wanted on their side from the crowd of potential players gathered there? 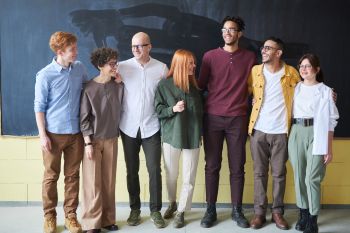 Well, we’ve all gotten older, but very little else has changed over the years. In the world of career survival, that scene of picking teams is still the key part of the entire game. Your goal is still just to be chosen by the ‘captain,’ and interestingly, the criteria for being selected is pretty much the same as it was in those schoolyard days.

Who do team captains pick players for their side (both then and now)?

– We pick people we like. This is why word of mouth and networking are so important when looking for a new job. People hire those whom they know, or people whom those that they know speak highly of. Captains want a known commodity on their team.

– We pick people we’ve seen win before. This is why highlighting your past achievements on your resume and in the interview is so important. Once you have shown that you can make that play that carries the game, people will want you on their side.

– We pick people we want to be friends with. There is always a personal aspect to being selected. Team captains will not leave someone they are interested in hanging out with waiting to be chosen. When picking a new staff member, hiring managers know that they are going to have to work closely with this new person every day for the foreseeable future. Likeability and chemistry count, so show your most positive, friendly side.

– We pick team players. No one wants to choose people for their team who are going to hog the ball and try to steal all of the glory for themselves. Both on the playing field and at work, it is through working together that a team triumphs.

Does the game end once you’re chosen to be a part of the team (i.e. hired)? Well the stress of being the last one standing alone might end, but the next phase of the game is only beginning. Those very same factors that lead to your being hired in the first place, networking, achievement, likeability and teamwork can be the keys to moving up. The cycle continues much as it has since the fourth grade. Using these elements well can lead to you becoming the team captain and picking out players of your own.