A new report has combined data from various healthcare studies on how a sedentary lifestyle affects the human body. The news isn’t good for Netflix addicts. I’m not singling out one particular platform, the report is actually called “Future Netflix Bingers.”

The researchers created virtual models, “Eric and Hannah”, digital representations of what a man and woman hooked on binge-watching TV and movies will look like in 2040. 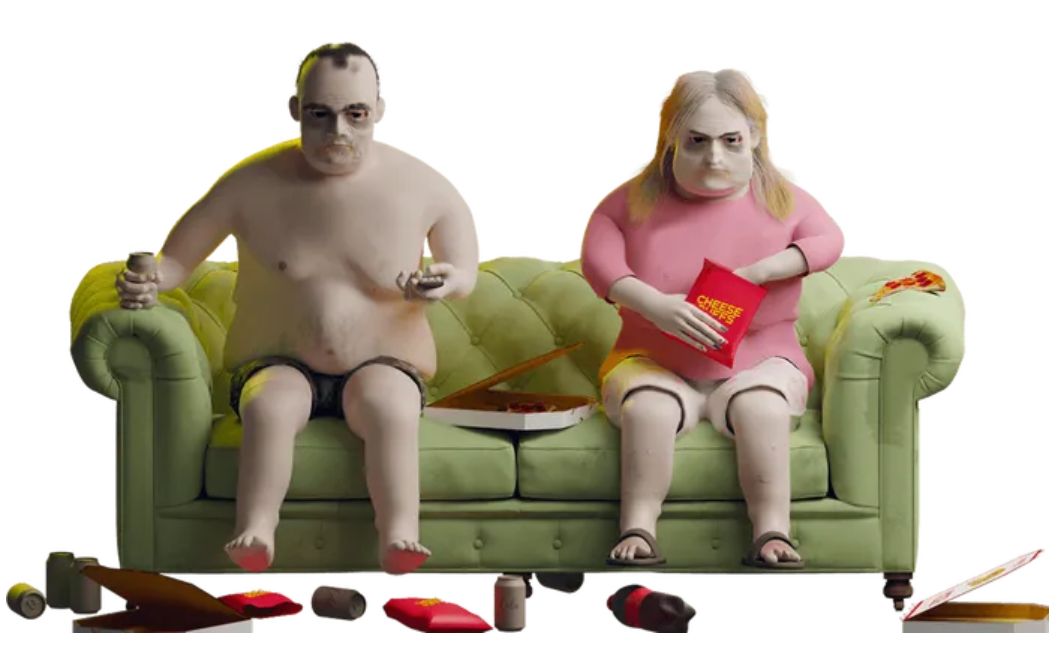 They suffer from grey skin, dark circles under their eyes, obesity, and diabetes just for starters. The couple has also developed varicose veins and swollen ankles due to poor blood flow and long hours of sitting still.

Worse, according to the research, men are 35 per cent more likely to develop bowel cancer after sitting for long periods of time than those who maintain a more active lifestyle.

They also suffer from vitamin B-12 and D deficiencies due to a lack of sunlight. In turn, this has left them with pale skin and Eric has some bald patches on his head.

The study authors warn, “From obesity and posture damage to premature ageing and bloodshot eyes, these are just some of the nasty effects this unhealthy lifestyle could cause.

‘We’ve created 3D models to show you up close and personal all the bodily damage of a Netflix binger. Let us warn you, it’s not a pretty sight. 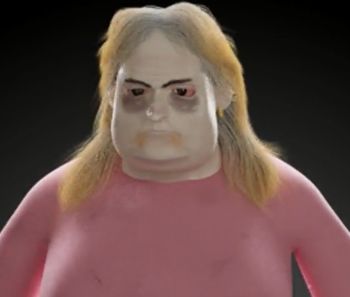 Just to keep piling on the bad news, despite never leaving home – so they have lots of alone time – these people aren’t even having sex. Research has found that people are less sexually active now than they were 20 years ago, with celibacy among 25 to 34-year-olds doubling since 2002.

Once again Netflix is the culprit. Researchers suggest that the wide variety of digital entertainment options now available – from streaming services to social media – has left us so engrossed in our devices that we’re not making time to get it on.

The robots are winning. Our bodies are falling into ruin and our love lives have stalled. Pass the Cheetos and start the next episode.

(Alternately, we could shut off the technology, get off the couch, and go for a hike. It’s not too late to fight the future.)

You can get a closer look at Eric and Hannah – and their multitude of symptoms and health issues here.