Innovation is essential for success in business, but some people just don’t like change. 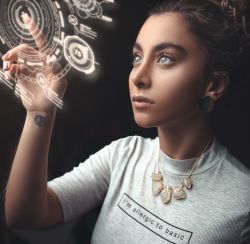 If you’ve ever tried to introduce a new technology or a new approach to doing business to an organization with a long established way of doing things, then you know the resistance you can face. Certain people are just reluctant to change – especially when they believe that what has worked for them historically will continue to do so into the future.

The trouble is, something doesn’t have to be broken to become obsolete. That battle is only heating up. Disruptive, transformative technologies are being introduced at an accelerating pace, fueling opposition that impedes forms of innovation needed to meet the challenges of the future. This according to new research from Harvard University.

Harvard professor Dr. Calestous Juma has analysed the issue of resistance to innovation in his latest book, Innovation and Its Enemies: Why People Resist New Technology.

Using the latest technologies and strategies is essential for success, and those who fear keeping up end up getting left behind. This is actually nothing new. Historically innovations that we consider indispensable now have met with fierce resistance from people who were happy with the way things had always been and were afraid to change.

Here are a few classic examples

People feared the introduction of coffee. In 17th century Italy, coffee was branded “Satan’s Drink.” In England, France, and Germany, it was claimed that coffee could cause sterility. (Similarly, margarine was ridiculed as “Bull Butter” in America and also accused of causing sterility, as well as male baldness, and stunting growth.)

Refrigeration was derided from the outset. Originally refrigerated products were called “Embalmed Foods” to deter consumers from adopting the new food storage technology at the time. They did render all those guys who used to deliver the ice for the ice-boxes unemployed.

GMO food products have been labelled ‘Frankenfoods” by their opponents.

The telephone was called the Devil’s Instrument. In Sweden, religious leaders claimed the telephone was the instrument of the Devil, and phone lines were damaged or stolen. People also feared that the lines were conduits for evil spirits – or that they could be shocked or even electrocuted. (More recently, we still hear regular fears that smart phones are making us dumber, ruining society, and killing work/life balance.)

The original Luddites. Most famously 19th century British textile workers – skilled artisans who feared automated looms and knitting frames would allow them to be replaced by unskilled labourers – broke into factories and smashed textile machines. (They called themselves “Luddites” after Ned Ludd, who was said to have been the first to wreck a textile machine. The term has since become an expression for anyone resisting new technology.)

Technology, robots, AI, and automation. Even in the modern era, we hear similar fear that technology and automation is replacing people and making some jobs obsolete. ATMs have replaced bank tellers for many tasks, but they have also made banking more convenient for millions of people. Now, apps and online banking are further rendering bank tellers obsolete and even making trips to the ATM more infrequent. But banking is easier than ever for customers.

That is the common thread running through these classic examples of resistance to advancement. They point out the fear of the impending change without looking at the potential benefits of the new development.

While automation and technology have replaced many traditional jobs, those roles tended to be routine, unskilled work. (Transponders instead of toll booths, self check-out vs cashiers, AI and bots for routine customer service, etc.) At the same time whole new career paths in robotics, engineering, and technology have sprung up. The Internet has wreaked havoc on the newspaper and magazine industry, but many more people now work online than ever worked in print media. We’re consuming more content than ever.

Selling change starts with talking about the benefits and the potential for increased efficiency, lower costs, and greater competitive advantages that come with innovation.

And bring all stakeholders into the conversation as early as possible. Dr. Juma suggests, “People are more likely to accept the risks of new technologies if they have been part of the process of deciding on their use.” Overcome fear with facts, and let people make informed decisions rather than kneejerk reactions.

Because the real risk is not what comes from disruptive change, but of being left behind through fear of innovation.