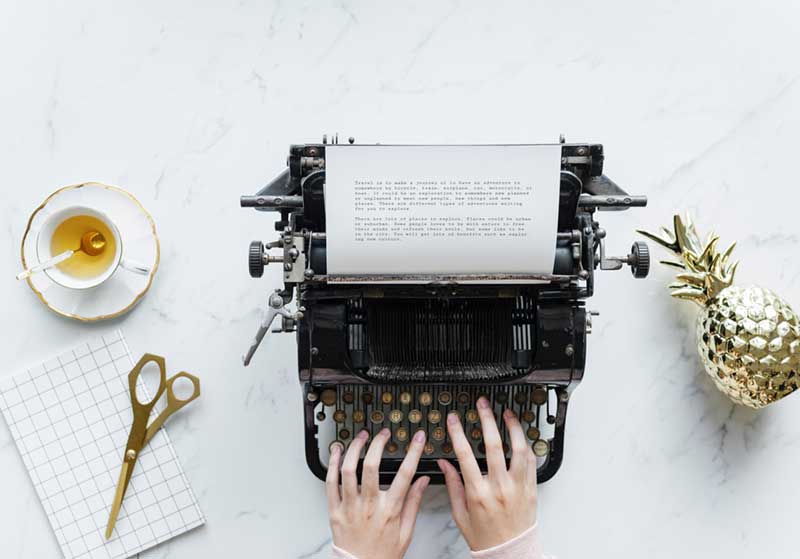 Writing is a skill that is in high demand and can dramatically increase your hireability and value on the job market. A study conducted a couple of years ago found that 73.4% of employers are looking for a candidate with strong written communication skills. According to Inc.com, “Written communication was the number three most desired quality overall, behind leadership skills and ability to work as a team member.”

Sorry . Don’t take it personally. Awesome writers are actually very rare, and writing with any skill requires both talent and practice (in varying ratios, depending on who you ask). Most people will never be awesome writers and will have to settle for being decent or “pretty good” writers. I’ve been writing in some professional capacity or other for more than 20 years and even I’m only “pretty good.” I’m OK with that. And you probably will have to be too.

It’s OK. Most employers aren’t looking for a Steinbeck. They want someone who can write an email, report, bio, or speech. And that you can do. Once you stop doing the following things.

10 reasons you are a bad writer:

You use too many “thats.” So, you know that that that’s in your sentence? You should remove that. That should make that sentence better. Replace that that with something else if you can. Or just leave that out.

You use too many qualifiers/adverbs/qualifying adverbs. I could say that the overuse of adverbs is totally very common and it’s also extremely irritating. Or I could say that it is very common and also irritating. Which sentence is more effective? The second (if you think otherwise, you are wrong). A sprinkling of adverbs is fine. But don’t overdo it. Go through your work looking for works like “really” “very” and “quite,” and remove them. They are unnecessary.

You don’t read. Nobody who doesn’t read should write. Writers should read everything they have time to read. They should read fiction and non fiction, books about writing, magazine articles and news articles, long form essays and humour writing. Read. Or you won’t be able to write.

You don’t know your orthography. I hate it when people correct other people’s grammar, spelling, and punctuation. But if you’re going to write you should know the rules. Learn them. And don’t assume you know them. Learn how to use an apostrophe.

You don’t break the rules. Once you know the rules you should break them by making up words, playing with language, and writing run-on sentences . Contrary to what you might believe, there are no laws regarding grammar usage and nobody should be telling you what you can and cannot do (well, except me. And just this one time). Language is ever evolving.

You use too many big words. The employment of sesquipedalian verbiage or circumlocution will solely serve to alienate the individual perusing your belle lettres. A wordsmith would instead be encouraged to avail his or herself of noncomplex linguistic resources.

You use clichés. This probably goes without saying but avoid clichés like the plague. Unless you are writing about clichés, which probably won’t happen very often.

You’re hyperbolic. It’s OK to be use hyperbole sometimes as a literary device. It’s not OK to use it all the time because this literally makes everyone want to kill you dead.

Most of this stuff is about getting the reader from beginning to end of whatever you’re written without losing them along the way. Long words, unnecessary fillers, imitation – it all gets in the way of whatever it is you’re trying to communicate.

Also, remember that a good writer can take criticism and handle someone ripping their work to shreds.

Don’t worry. I’m sure it will be awesome.